Bungee Cord - not as safe as you think

This article is not for the faint of heart or those with sensitive stomachs. Proceed with caution.

Most of you may know that I am an ophthalmologist working for the Mayo Clinic in Arizona. A few of you know that I don’t like bungee cords. What you might not know is that the two facts are related. Bungee cords, as you know, are elastic tie down straps with J or S shaped metal hooks at either end.

In 2000, while working at Wills Eye Hospital, a large referral ophthalmology department in Philadelphia, Dr. Anthony Aldave published a series of 67 men who suffered bungee cord injuries from 1994-1999. Many of them had limited but significant injuries such as subconjunctival hemorrhage:

and hyphema (layering of blood behind the cornea (the front window of the eye)).

However seven of them ruptured their eyes. In three of these injuries, the damage was so severe that the entire eyeball had to be removed (think amputation).

I did my training at an eye trauma center in Chicago in the late 90’s, so I have spent a few regretfully memorable and exhausting nights taking care of similar patients who started packing for a trip and wound up losing their eye later that night.

Why does this injury happen?

As you might guess, the bungee cord hook straightened out and lost its grip under heavy loads, or the hook broke apart from the elastic strap, or the hook disengaged when the load was being tied down. 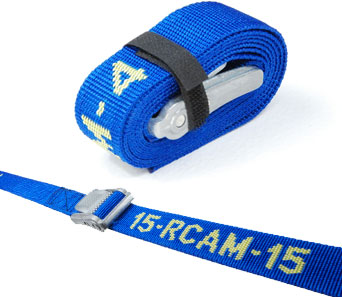 For most activities involving possible projectiles, eye physicians recommend protective eyewear at all times. However, hanging out for an entire trip with your truck’s load wearing protective glasses is not a realistic option. Consider a ratchet strap or rope tie down system as an alternative and keep your eyes safe from flying hooks. Don’t turn the camping trip into an emergency room camp-out.