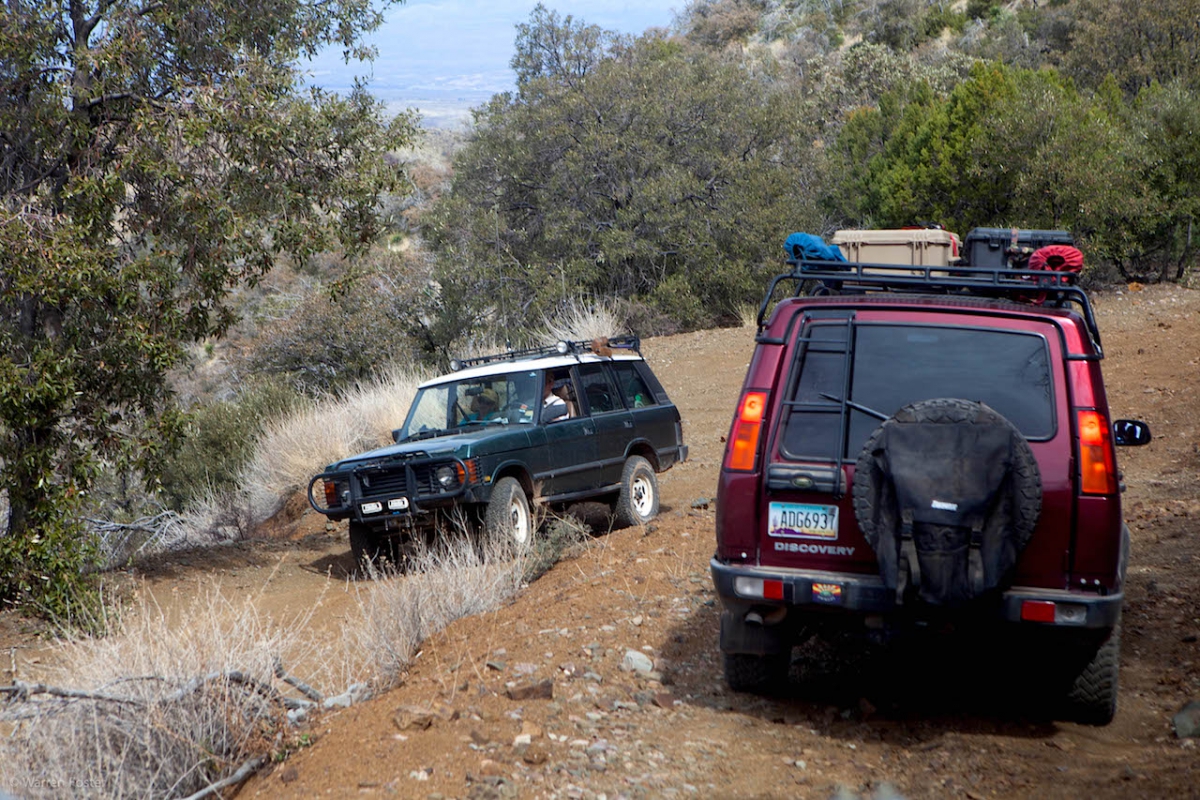 Dirt. Tires. Roaring engines. If you went to the AZ Land Rover rally in Tucson, these would have been the things greeting you.
From early Series and Dormoblies to late model LRs. From March 12-14, hundreds of avid LR lovers gathered for three days of off-roading together. The trails ranged from easy-for the novices, to advanced-for the experienced. This was a chance to learn from other truck drivers and also to have fun with others who share the same passion as we do.

When my family and I arrived on Friday night with our friends Ed, Lupe, and Elisa, we were prepared for anything and everything. In our Discovery 4, we had managed to fit our ARB fridge, Powertank, Air jack and various recovery gear. We slept soundly at the hotel and woke up early on Saturday. While my dad surveyed the trucks and trails, my sister Usha, Elisa, and I reacquainted ourselves with some of the kids.

My dad finally chose to go to Rice Canyon, as it was an easy/intermediate trail, so we could introduce the Hernandez’ to the world of off-roading. Diana, with her mom and dogs, Craig and his kids, Warren, Wendy, Pierre, Al, Matteo and his dog, Eitan, and Matt were going with us. All of us set out, with Al in the lead and Craig bringing up the rear. Though we got separated, we all managed to reconvene at the trailhead, and we were ready to go.

The trail, although dry and dusty, was fun. After all, we were accustomed to the rugged, rocky landscape that characterizes much of Arizona and makes for great off-roading. We went halfway up and stopped for lunch, where we were lectured on the many desert problems that frequented groups like ours; dehydration, heatstroke, and heat exhaustion to name a few. After this, we all frantically gulped down water out of fear that these would befall us if we didn’t drink enough.

Properly hydrated, we decided to turn back around and go to the caves. When we encountered some switchbacks, although we were careful, Ed cut one of his tires, and we had to stop to fix it. Craig pushed in fourteen plugs, but his efforts were in vain, and the slash refused to be filled. While he tried a second time, Usha and I went “exploring” with the other girls and Davin. Finally, we gave Ed our spare, and we were all on our way again.

When we eventually reached the cave, we all got out our headlamps and flashlights and got ready to explore. The ones who decided exploring the cave was worth the dust entered the first part of the cave, crawled through the connecting segment, and reached the second part of the cave. Many people decided that was the most they were going to go. A couple of the kids pushed on a little more. After that we all turned around and went back to the trucks.

From there we returned to the hotel and cleaned up. Soon after we all went to the dinner and raffle. After we (the kids) finished eating we played outside. We all got out the glow sticks, fake mustaches and the potato sacks. After the raffle was over we headed back to our rooms and got some sleep. Unfortunately, we had to leave the next morning. After saying our goodbyes we set out for home, hoping to meet the others again soon.

See all the photos from the Rice Peak/Canyon trail run.