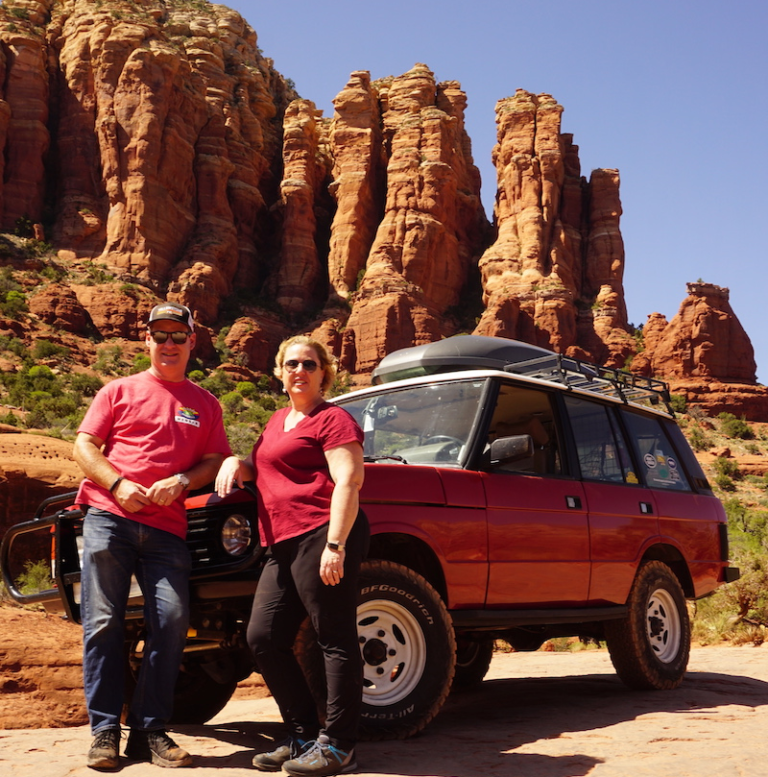 Way back in the summer of 1995 Kelly went on a date with this guy who owned a 1973 Series III Land Rover. She acted excited about the “Toyota”, so for their first date he took her out on a trail near Flagstaff. Kelly was not very comfortable, she was getting jostled around and didn’t wear the correct attire. The guy was wise enough to recognize that she was not happy. So, he asked her if she wanted to drive. She did and it is questionable who she fell in love with first – the Rover or the guy. Since then she married the guy, James, now her husband of 23 years, and has owned eight Land Rovers.