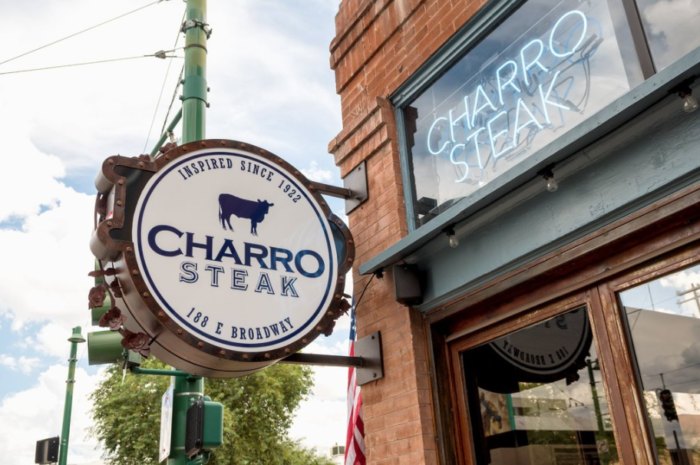 Charro Steak not only features a mouth watering array of ingredients right from the ranch to our table, but we also proudly pour a delicious selection of wines, tequilas, mezcals, and of course whiskeys.

Want to take some Charro Steak home? Sure, we prepare most of our meals to go and can also sell you some steaks to cook at your own casa!

Have a large group or need something special for that birthday or anniversary? Charro Steak caters for any size group large or small at your place or ours!

Having a meeting and need some elbow room? Charro Steak has two private dining areas available and we can also arrange for more space at The Historic Stillwell House & Garden located just down the street from us! 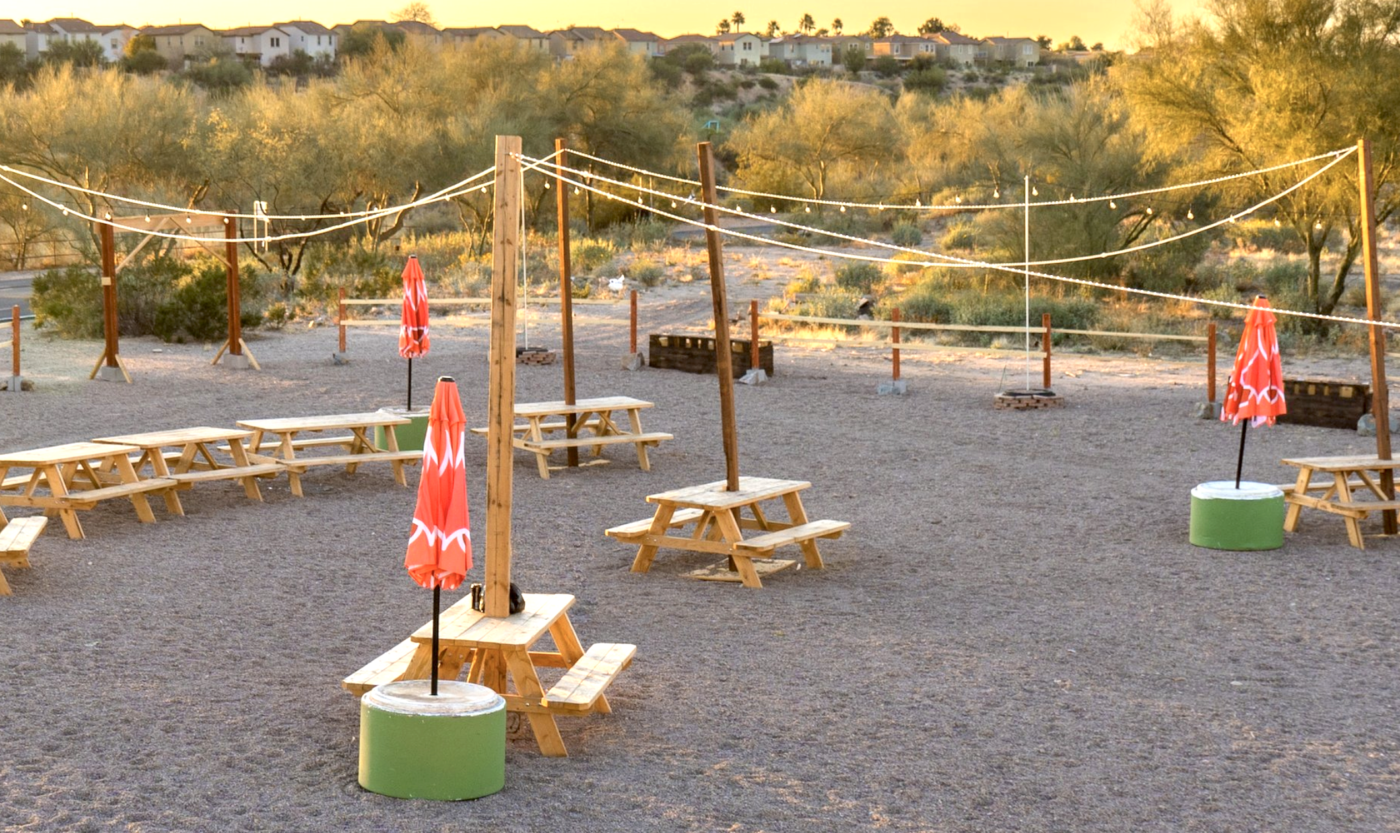 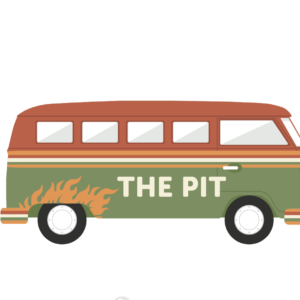 The Pit is Tucson’s Food Truck Park & Market
All good things begin with human connection.  We’re putting the neighbor back in the neighborhood.  Come and enjoy delicious food, beverages, and desserts from the best in mobile food.  Everyday The Pit is open to the public with resident and featured food trucks from Southern Arizona. 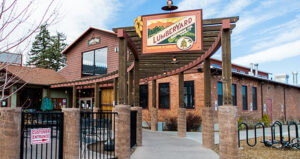 Housed in one of the last standing buildings of Flagstaff’s Lumber era,  Lumberyard Brewing Company has been brewing award winning beers for people who love to drink it since 2010. With a full menu, large patio, and tons of drink specials and weekly events, Lumberyard Brewing has something for everyone.

At the ‘Yard, it’s not just about the attitude, it’s all about the altitude. Dinner in the UofA stadium

At The Arizona Sands Club

Arizona Sands Club provides members a premium and unique dining experience on the campus of University of Arizona while also offering convenient meeting and private event rental spaces for groups.

State 48 Brewery Downtown Phoenix is a full service restaurant and brewery. We have a 20 bbl brewhouse with 40 bbl fermenters and brite tanks.

The naming of the mountain is a bit of lore from the Old West. S P Crater can be climbed, and the lava flow can be viewed from the crater rim. C. J. Babbit, an 1880s rancher and early landowner of the mountain, expressed his opinion that the mountain resembled a spilled chamber pot (or Shit Pot, “SP”), and locally this became the accepted name. When viewed from certain angles on the ground, the combination of the smooth round shape of the cone, the dark lava spatter on the rim, and the long dark lava flow extruding from the base may resemble human waste. Mapmakers refused to spell out the full name, and the mountain has been shown on maps and other literature with the abbreviated name 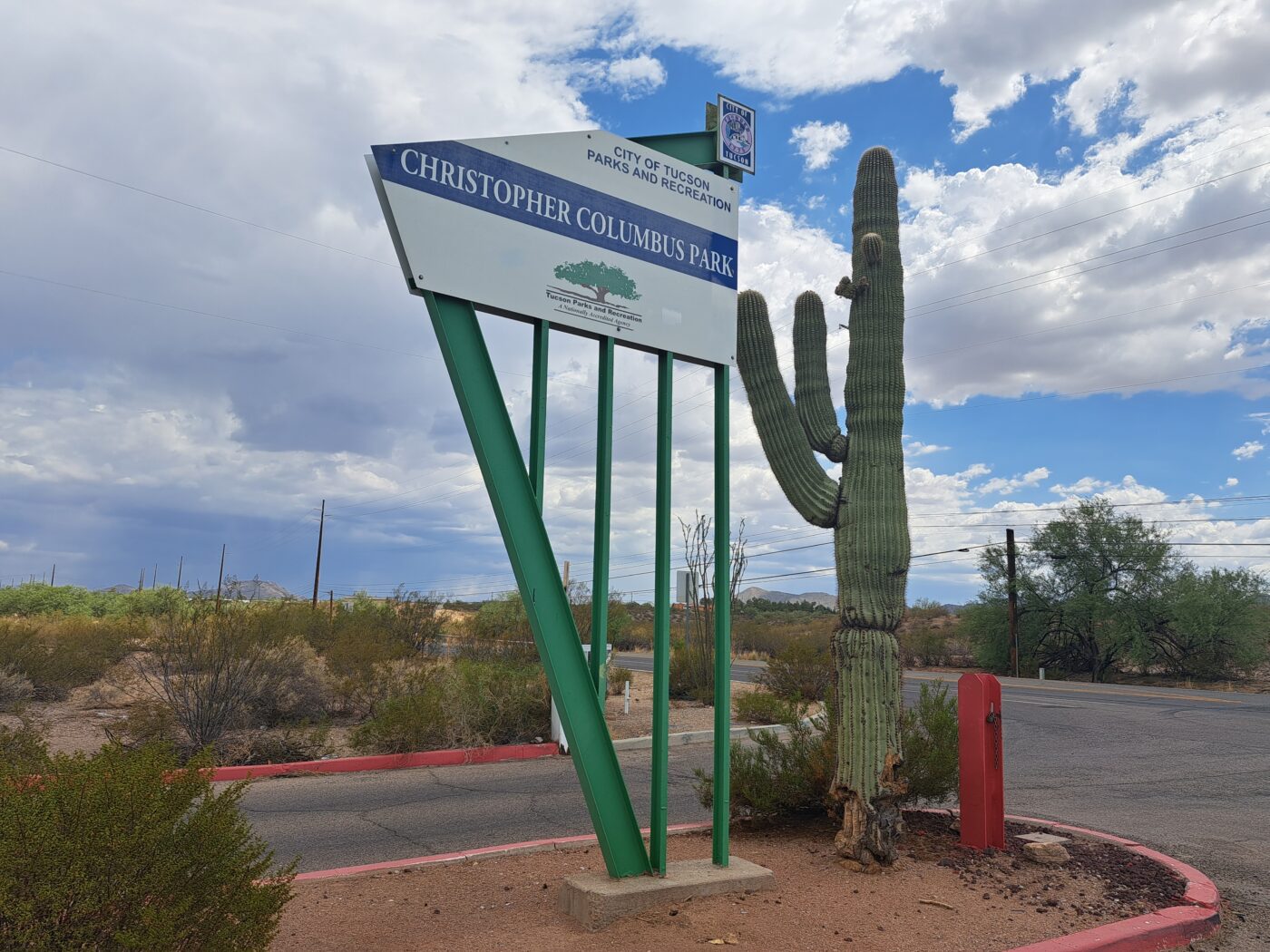 All participants will be emailed out a link where the class will be held.